"It is raining in the hearts of the people"

Children are lining the route from the Vanuatu parliament to the airport as the funeral procession takes the President Baldwin Lonsdale back to his home. Photo: Vanuatu Daily Post

Schoolchildren are lining the route from Vanuatu’s parliament to the airport today to farewell the country’s late president Baldwin Lonsdale.
Thousands of people have been paying their respects to Father Lonsdale who died after a suspected heart attack at the weekend.
Father Lonsdale’s body was moved from State House early this morning for the funeral at parliament buildings in the capital Port Vila. The governors-general of New Zealand and Australia, Fiji’s president and representatives from the US, Britain, Indonesia and New Caledonia are among foreign dignitaries attending the service. 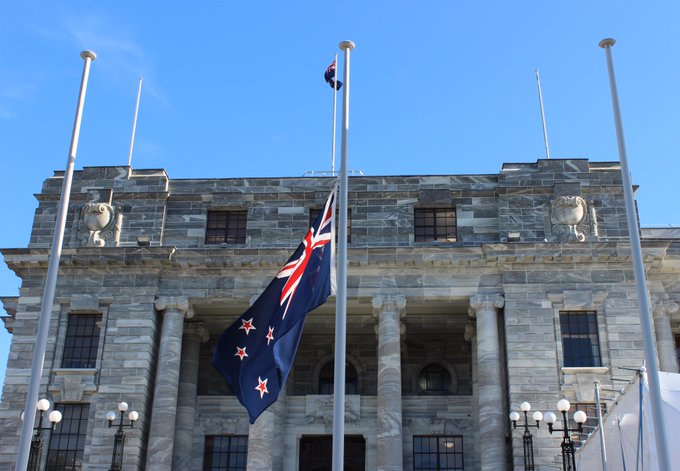 The day has been declared a public holiday and shops will close as the cortege makes its way to the airport where the Vanuatu mobile force will fire a salute.

RNZ International correspondent Len Garae is at the airport in the capital.
“It is raining in Port Vila and it is also raining in the hearts of the population of Port Vila because of the loss of the President of the Republic,” he said.
“There are people arriving at the airport dressed all in black while all along the streets of Port Vila, all secondary school students, hundreds, even thousands are lining the streets in preparation to farewell his body. Two government ministers will be among those accompanying Father Lonsdale’s coffin on the charetered flight to his home island of Motalava where a traditional ceremony will take place.
After a brief stop it will continue on to Vanualava island, the president’s final resting place. Father Lonsdale will always be remembered as the people’s president.

Vanuatu’s National Council of Women says Father Lonsdale leaves a big legacy behind as he was a big supporter of women’s issues and equality.
The council’s executive director Leias Cullwick said her group paid their respects to Father Lonsdale’s family.
“With our condolence message, we told the family that as far as the National Council of Women working with the women, and the feedback we get from the provinces and the islands where the president visited, we said that we will always remember him as the people’s president,” she said.
Leias Cullwick said this was a very sombre and sad time for the country.
Father Lonsdale is survived by six children and 10 siblings.