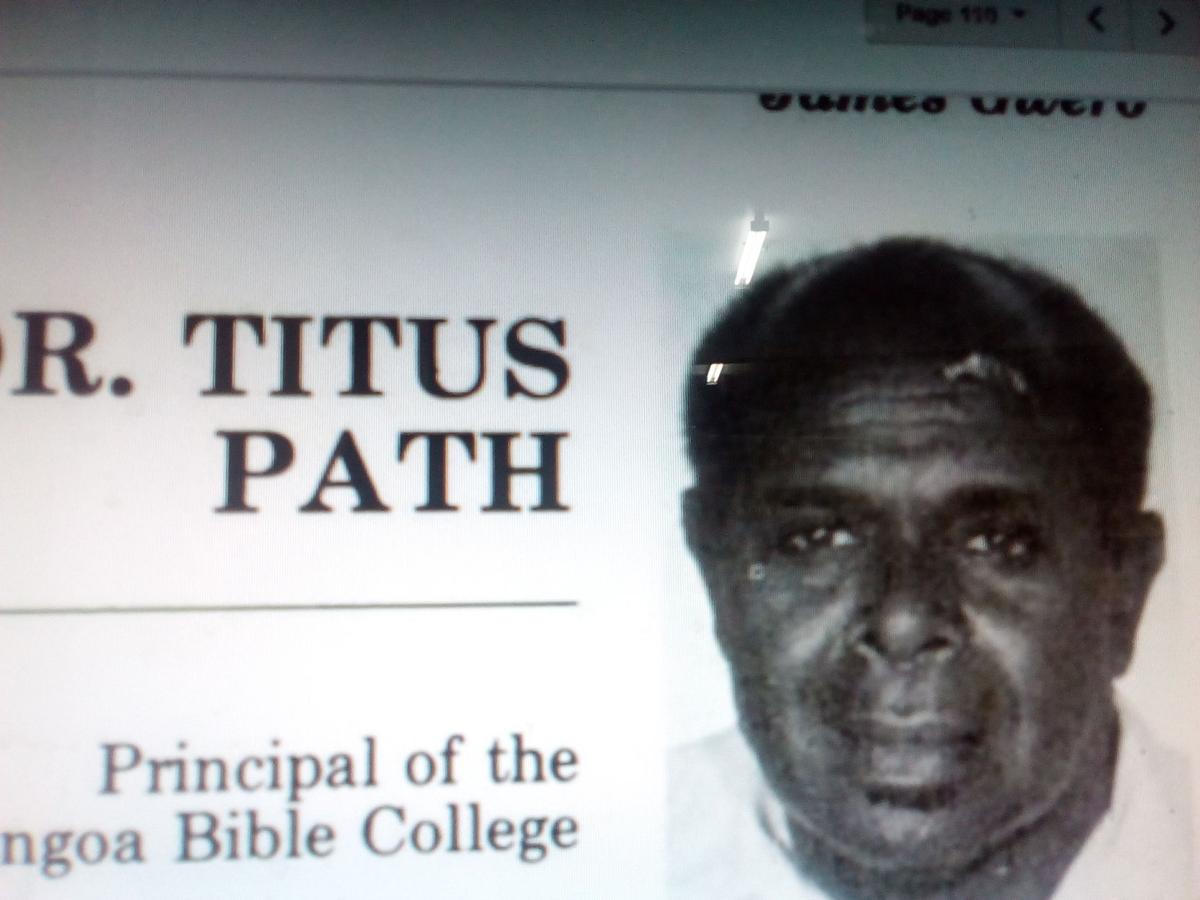 Dr.Titus Path, of Hog Harbor Village in East Santo, who was the first ni-Vanuatu with an honorary degree of Doctorate in Divinity, has died on Santo, according to information received by Daily Post.
Part of his life was described in a book ‘Some People of Vanuatu’, a 1980 tribute to some of the political, civic and church leaders when Vanuatu gained Independence.
While the Presbyterian Church of Vanuatu (PVC) Office was closed early yesterday morning because of the passing away of the late Dr. Titus Path, the Daily Post was informed that Dr. Titus Path, a long time serving pastor of the Presbyterian Church of Vanuatu, held numerous church positions including that of the principal of the well known Presbyterian Bible College known as Tangoa Bible Collage on the Island of Tangoa in South Santo.
He was once a member of the Condominium Advisory Council and other church and civic positions in the then New Hebrides and later Vanuatu.
According to the Publication ‘Some People of Vanuatu’, Dr. Titus Path was conferred the honorary degree of Doctor of Divinity in 1975 by the Presbyterian College in Montreal, Canada, in recognition of his outstanding leadership and long service in the Presbyterian Church of Vanuatu.
His ability as a leader and devotion to public duties has also been recognized by both the British and the French administrations back in the then New Hebrides.
On May 16th 1970, Dr. Titus Path was awarded the decoration of ‘Chevalier dans L’Order National du Merite’ by the then French President General de Gaulle, during the only French President’s visit to the New Hebrides.
In 1980, the late Dr. Titus Path was named as ‘Member of the Order of the British Empire’ (MBE).
He was also described as ‘a man of outstanding ability with humble origin’ from Hog Harbor Village in East Santo, a village with church and political leaders of outstanding abilities as well as lawyers, medical professionals, teachers and national leaders.
The Daily Post could not get information on Dr. Titus Path’s funeral arrangements nor the cause of his death but understands that the late Path was over 91 years old at the time of his death.
ligo@dailypost.vu
Source: http://dailypost.vu/
Condolencesfounder of the nationRest in PeaceSanto Island
Share 0 FacebookTwitterPinterestEmail

Call for dialogue over kava ban