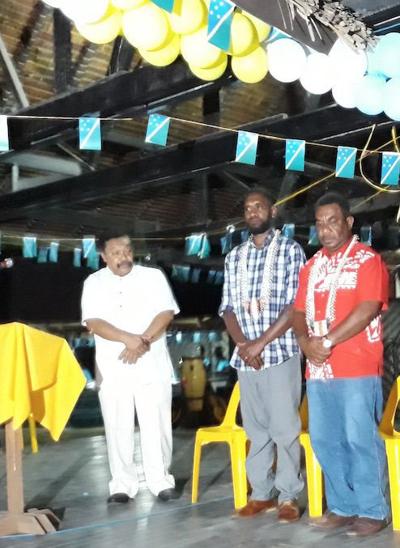 Each time someone from Vanuatu travels to the Solomon Islands, he or she is usually inundated with requests to buy a Choiseul bilum (string) bag or a necklace from Malaita in the Market.

This is all set to change, now that the Port Vila Municipal Council and the Honiara City Council have agreed through their sister city relations for Honiara to literally bring the Honiara Market to Port Vila with their Solomon made handicrafts.

98 carvers will arrive today on board the Fair Lady with their products and fingers crossed, the Solomon Island vendors will bring with them too, Choiseul bilums and Malaita made necklaces.

The Port Vila town authorities have confirmed that the Seafront Stage will be allocated for our wantoks to sell their handicrafts. Fair Lady should set sail again on the 2nd of November.

Port Vila Lord Mayor Albert Daniel and his Solomon Islands counterpart, Mr Andrew Mua discussed the potential of expanding the sister-city arrangements to include cultural exchanges like this one when the two leaders last met in July.

The First Citizen of Port Vila, Albert Daniel is away on official duty, attending the Global Forum of Human Settlements in Bangkok, Thailand.