New Caledonia’s pro-independence Palika party says the French decision to maintain next month’s referendum date amounts to a declaration of war against the Kanaks and progressive citizens.

On Friday, the French High Commissioner confirmed that the third referendum under the Noumea Accord would be held on 12 December despite pleas by pro-independence parties to defer it until late next year because of the impact of the pandemic.

They said the situation wasn’t conducive to run a proper referendum campaign and last week they announced that their decision to shun the referendum was irrevocable.

The anti-independence parties welcomed confirmation that the referendum date wouldn’t be changed.

However, the Palika said in a statement that going ahead with the plebiscite in the current conditions amounted to a political provocation which returned New Caledonia to the stage before the 1988 Matignon Accords and the 1998 Noumea Accord.

It said the stubbornness of the French state clouded the political, social and economic way forward, which could create tension detrimental to social peace.

The party said with its partners within the FLNKS, there would be a response commensurate to the insult to the Kanak people.

The Palika said it would raise this with the United Nations, which in 1986 inscribed New Caledonia on its decolonisation list.

The Congress president Roch Wamytan said the French decision to maintain next month’s referendum date is unacceptable and its result will be challenged.

Wamytan, who is a senior member of the pro-independence Caledonian Union and a signatory to the 1998 Noumea Accord, said about half the population won’t be voting and wondered what will be done if the indigenous people stay away from the polls.

He said the issue would be raised at the United Nations, the Non-Aligned Movement, the Pacific Islands Forum and the Melanesian Spearhead Group.

He didn’t rule out trouble as his party has no control over large numbers of young people.

Wamytan rejected suggestions that the pro-independence party used the pandemic for political ends, saying the mourning of the Kanaks must be recognised.

He added that among the more than 270 Covid-19 related fatalities was his sister.

The French overseas minister Sebastien Lecornu, however, defended the decision to hold the referendum next month.

Lecornu said in a democratic society, only a medical emergency would allow for a delay of the vote, and according to the French High Commission in Noumea, the pandemic was now under control.

He added opposition to the referendum had no legal consequence because by law, everybody had a right to abstain.

Lecornu, who in June had set the referendum date, said there was rarely a consensus on such matters, so he exercised the state’s legal right to choose the day of the vote.

He also said it was the pro-independence parties which in April asked for the third and final referendum under the Noumea Accord.

The minister said the challenge after the referendum would be to reconcile those who believe the decolonisation process had not finished with those who will have won and want to stay with France.

There has been a mixed reaction in France to the government’s decision to maintain the December date.

A leftist candidate for the French presidency Jean-Luc Melenchon said this was a profound error which could scuttle the entire process of resolving New Caledonia’s future status.

He said accepting the reasonable proposition that there is a pandemic, a postponement of the vote would give it more legitimacy.

Melenchon said handling the situation in New Caledonia took a lot of skill, and there was no need to brutalise people.

The president of the Corsican Council Gilles Simeoni said insisting on the December date went against the spirit of the Noumea Accord and took away the democratic legitimacy of the vote. 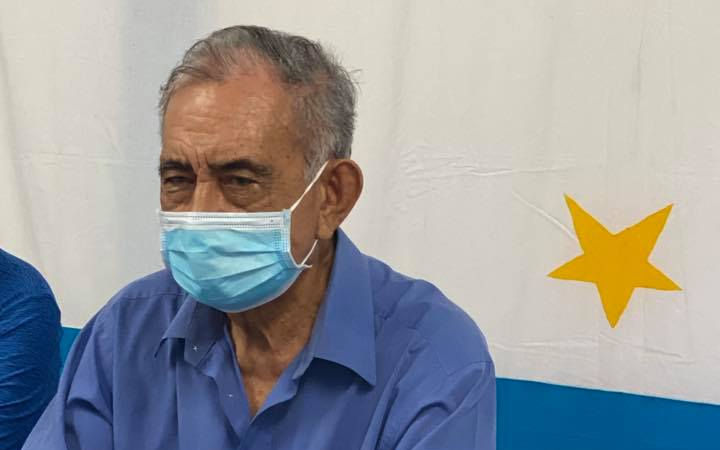 Temaru said in New Caledonia, Kanak people were still in mourning following the dozens of deaths in the past two months.

He said it was not normal that a people’s future is decided 20,000 kilometres away in France.

Temaru said Tahitians supported their Kanak brothers to get their most fundamental right, which is the right to self-determination.

Both French Polynesia and New Caledonia are on the UN decolonisation list.

West Papua Loses David Amess, one of the longest internships of British MPs